The project featured in this case study was completed by BAM Nuttall for their client, Network Rail, in Mulben, a small hamlet outside Keith in the Moray council area of Northeast Scotland.

It involved maintenance and replacement of two retaining walls on either side of a small stream about fourteen metres from the railway track itself. The stream, which previously fed a mill on the site, was dammed up, the works undertaken, and the dammed-up water released on completion.

The existing walls were over a century old and had been used to direct water into the mill race, and the mill itself dated back to the mid-nineteenth century; it was unclear how old the walls were. Over many years, the watercourse had eroded the wall's foundations on the railway side, and the first couple of courses of stonework were coming away. There was no real structural foundation remaining, and the opposite side of the wall was in a bad state of repair or even collapsed. This required a complete replacement of the foundations and wall on the railway side.

A big root system had taken the wall down on the mill side, and a brand-new wall had to be built. The project team was keen to deploy a digital solution that could be run in a poor mobile coverage area, and on an iPad, to control the project compliance records. This was fully in line with BAM's drive to migrate to a digital-first approach. However, there was some apprehension as other applications they tried in the past had only been partially successful.

An independent consultancy interviewed several team members, and their input forms the basis of this case study.

The team looked for a cloud-based system that could be run efficiently from an iPad or smartphone. Several other applications were evaluated before the deployment of the Paperless Construction app. However, none delivered on the promise of an easy-to-use, intuitive solution that covered all the bases and actually saved time.

Existing paper-based systems used by BAM Nuttall presented several problems. Here are ten of the most common in no particular order:

"We were looking for a solution to digitise timekeeping and safety briefings, and to eliminate the buildup of paperwork and storage - paperless did just that" 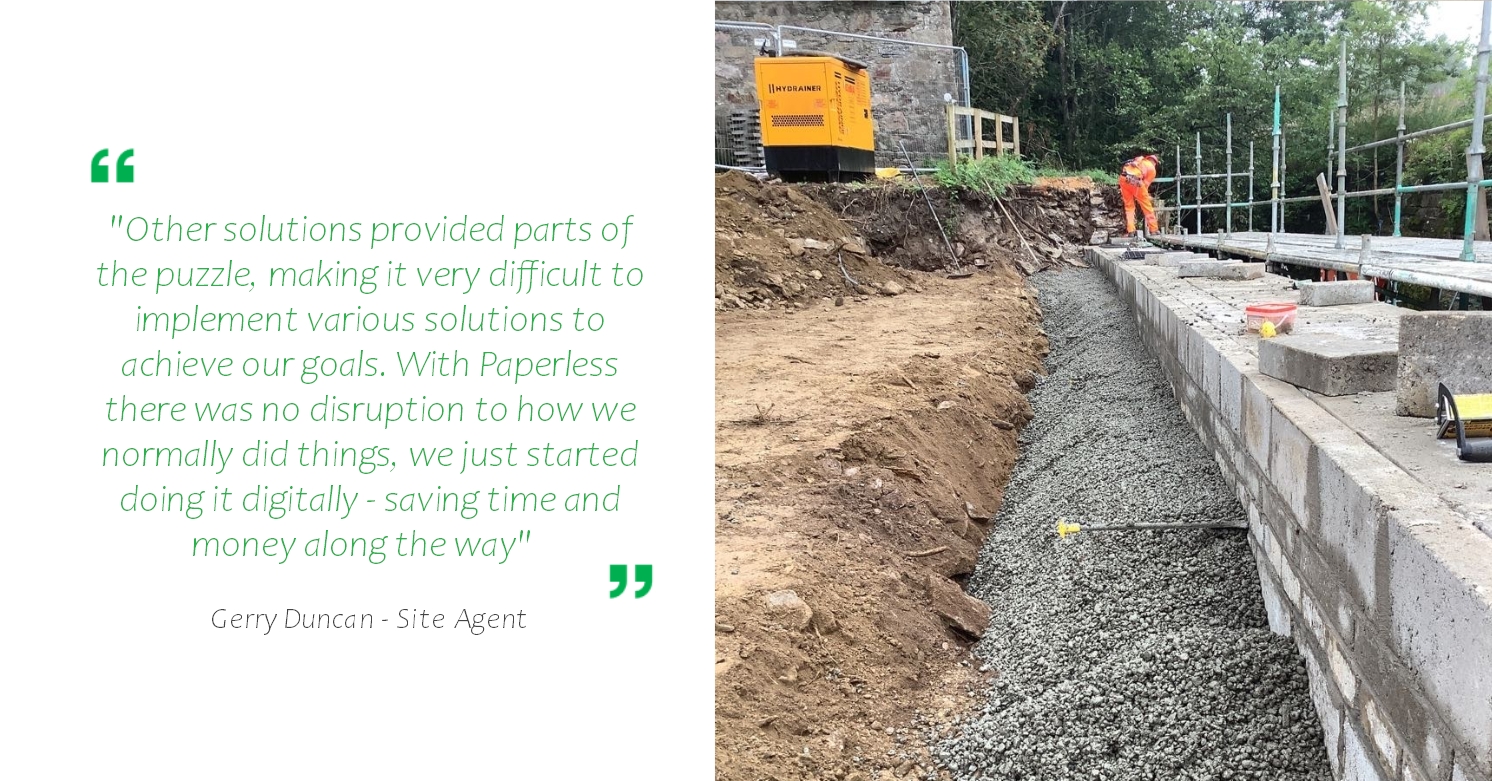 Harris Om again, "We've been looking for a solution over the last 2 to 3 years, and nothing has worked as fluently and efficiently as Paperless." The Paperless Construction app was cloud-based and addressed all of BAM Nuttall's problems above, while supporting their drive to digital transformation. 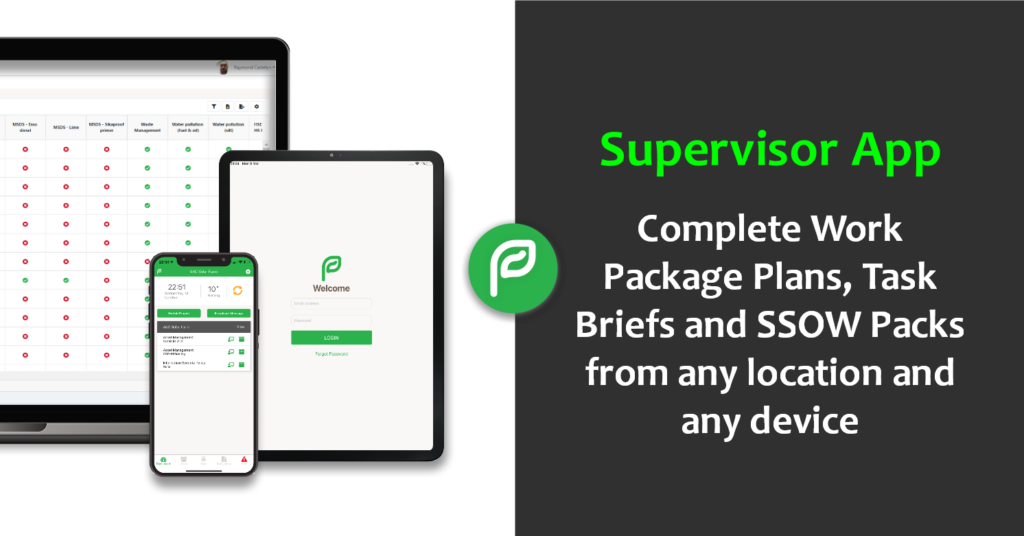 The Paperless Construction app delivered BAM Nuttall the easy to use, comprehensive digital solution they needed to deploy on the Mulben retaining walls project. The app was readily adopted by the team who appreciated the benefits it had to offer and that it just “made their lives easier”. – William Robertson.

The amount of physical paperwork required on site was drastically reduced (almost to zero) and therefore the odious task of securely storing masses of paper was eliminated. "There was time and efficiency savings everywhere, from a few minutes per sign-in per user, 5-10 minutes per briefings, elimination of time spent on doc control and filing; and a few hours was saved every month for KPI's and reporting" - Gerry Duncan

Other benefits delivered by the Paperless Construction app included greatly simplified KPI reporting, a reduction in the time needed to get workers on site, enhanced traceability, and more accurate time sheets - all at a cost that was significantly lower than competitive solutions with less functionality.
The Paperless Construction app fully supported BAM Nuttall’s digital transformation ambitions as they “strive to become the market leader in digital technology”.

"Paperless was a great enabler to get people onto our digital journey and to move away from outdated and paper-based systems - we even had bricklayers using the app, and that would not happen with any other solution." – William Robertson

"Reflecting on using Paperless, I realised that if you give the people the right tools, digital transformation is painless."

"There was time and efficiency savings everywhere, from a few minutes per sign-in per user, 5-10 minutes per briefings, elimination of time spent on doc control and filing; and a few hours was saved every month for KPI's and reporting"

Request a Demo
Book a demo